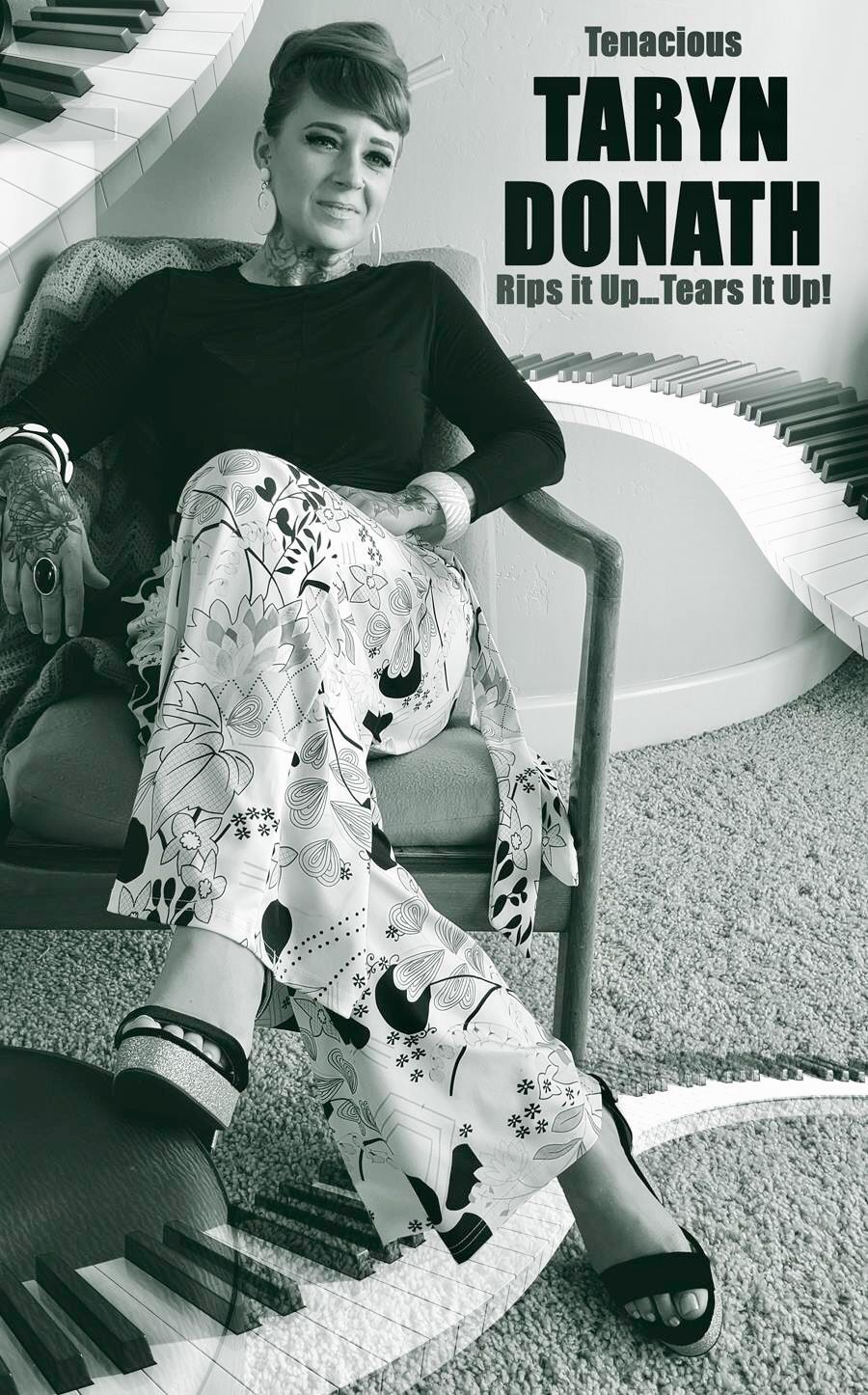 "Jump, funk, blues, and stride piano. Yep - stride. A blaze of lost and vintage skills, Donath frequently shows up with a drummer. Talk to her right hand: it knows endless chords. Her left hand is another subject entirely. "
San Diego Reader Article-Indie Fertility: Five Local Bands to Listen To:
Dave Good, May 8, 2012

"Taryn Donath has a startling command of her instrument."
-Joseph Jordan-Southland Blues Magazine

"The artist is one of L.A.'s undiscovered musical treasures, a fine player who is now being recognized as and even finer role model."
-Tom Kidd-Music Connection

"Taryn displays wild, pounding rhythms that are sure to make her a bona-fide star, She's one hot talent to watch."
-Ronald Vaughan-Rock City News

"Taryn Donath is about 85 in musical years. The Carlsbad resident knows how to coax the blues from way down in her piano and summon the boogie-woogie with a snap of the fingers. Brace yourself for the boogie."
-Michael Kinsman-San Diego Tribune

"What distinguishes her ability is the fact that Taryn plays like an 'old soul'. I must say that I believe that there is something special happening here."
-Larry "Fuzzy" Knight-Las Vegas Blues News

'Word is getting around- the 88's come alive under the fingers of this California native."
-Tim Finn-Kansas City Star

"Taryn is in a series of blues wunderkinds who perform with skills seemingly beyond their years."
-Jim Fowler-L.A. Times


"Taryn Donath is a phenom who has been packing them in all summer long. She sings with a good, instincive feeling for the blues."
-Willard Manus-What's Up Magazine